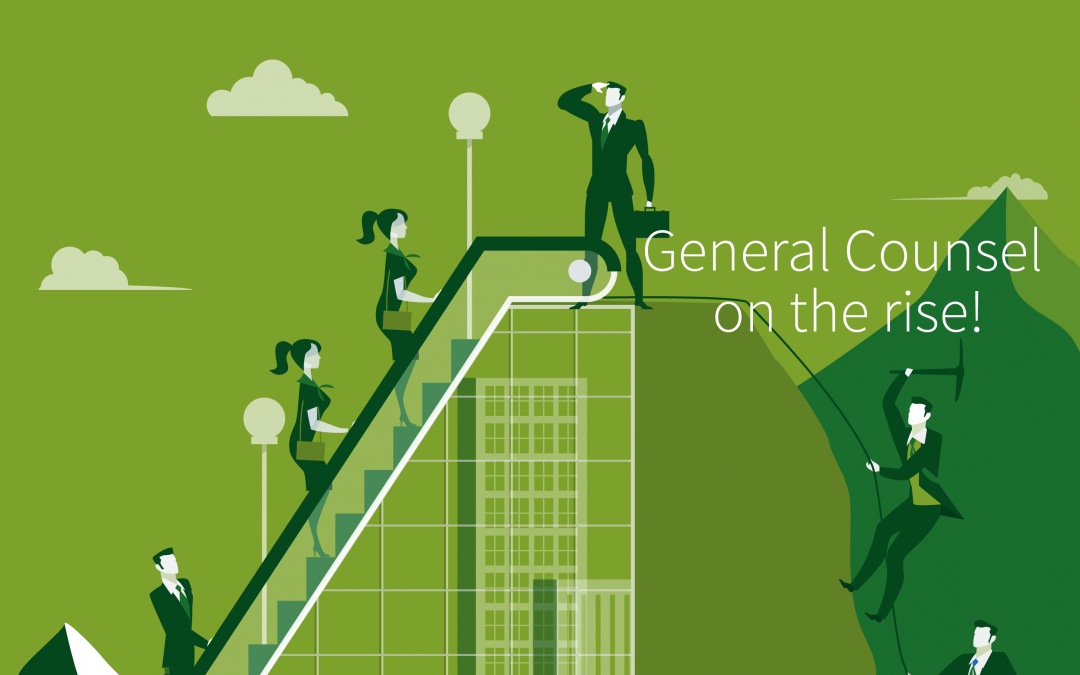 Our research study (*) of 75 public companies shows that the top legal counsel rarely has a seat on the Executive Board. This does seem to change. Will this provide an extra impulse for female representation at the most senior executive level?

Only 2 out of 75 Euronext Amsterdam index listed corporates have their own General Counsel serving on the Executive Board.

Of the 75 AEX, Midcap and Smallcap boards 13 (17%) include a professional with a law degree. Interesting to note: in almost half of these cases this individual holds the CEO position (ASR, NN Group, Randstad, IMCD, PostNL and Vastned).On 8 boards (11%) we find directors who have actually worked in a legal role (private practice or in-house) before. On only 2 boards (less than 3%) the General Counsel/Chief Legal Officer was appointed specifically in that capacity (SBM and Philips).

The General Counsel is a welcome addition to the C-suite!

“New school” General Counsels bring expertise and skills (hard and soft) that are of great importance in today’s fast changing corporate world. Takeovers (sometimes hostile), governance, risk management, reputation management, privacy and cybersecurity, ethics, compliance, claims and law suits play an ever more prominent role in the boardrooms. The top legal counsel with an overview of the entire organization, with an analytical brain, an independent mind, and with the ability to create consensus can (and will) contribute importantly to the quality of the decision making process.

Harvard Law School’s senior research fellow Dr Paola Cecchi-Dimeglio is working on a statistical study called “The Impact of General Counsel on Corporate Boards http://legalexecutiveinstitute.com/forum-magazine-gcs-corporate-RvBs/ Preliminary results show that in the U.S. the number of GC’s on boards is increasing. And companies with the GC on the board seem to be performing better than those without. The outperformance was most tangible in times of crisis but interestingly continued in economic upturns.

In the Netherlands we also see GC’s serving at ever more senior levels. At the end of 2017 Chief Legal Officer Marnix van Ginneken was appointed to the board of Philips. And early 2018 Air France-KLM announced the arrival of Anne-Sophie Le Lay as Chief Legal Officer on the Executive Committee (C2-level) (http://www.airfranceklm.com/en/news/air-france-klm-adjusts-its-organization.

Interesting “talent pool” to give gender diversity a boost!

This website uses cookies to improve your experience while you navigate through the website. Out of these, the cookies that are categorized as necessary are stored on your browser as they are essential for the working of basic functionalities of the website. We also use third-party cookies that help us analyze and understand how you use this website. These cookies will be stored in your browser only with your consent. You also have the option to opt-out of these cookies. But opting out of some of these cookies may affect your browsing experience.
Necessary Always Enabled
Necessary cookies are absolutely essential for the website to function properly. This category only includes cookies that ensures basic functionalities and security features of the website. These cookies do not store any personal information.
Non-necessary
Any cookies that may not be particularly necessary for the website to function and is used specifically to collect user personal data via analytics, ads, other embedded contents are termed as non-necessary cookies. It is mandatory to procure user consent prior to running these cookies on your website.
SAVE & ACCEPT